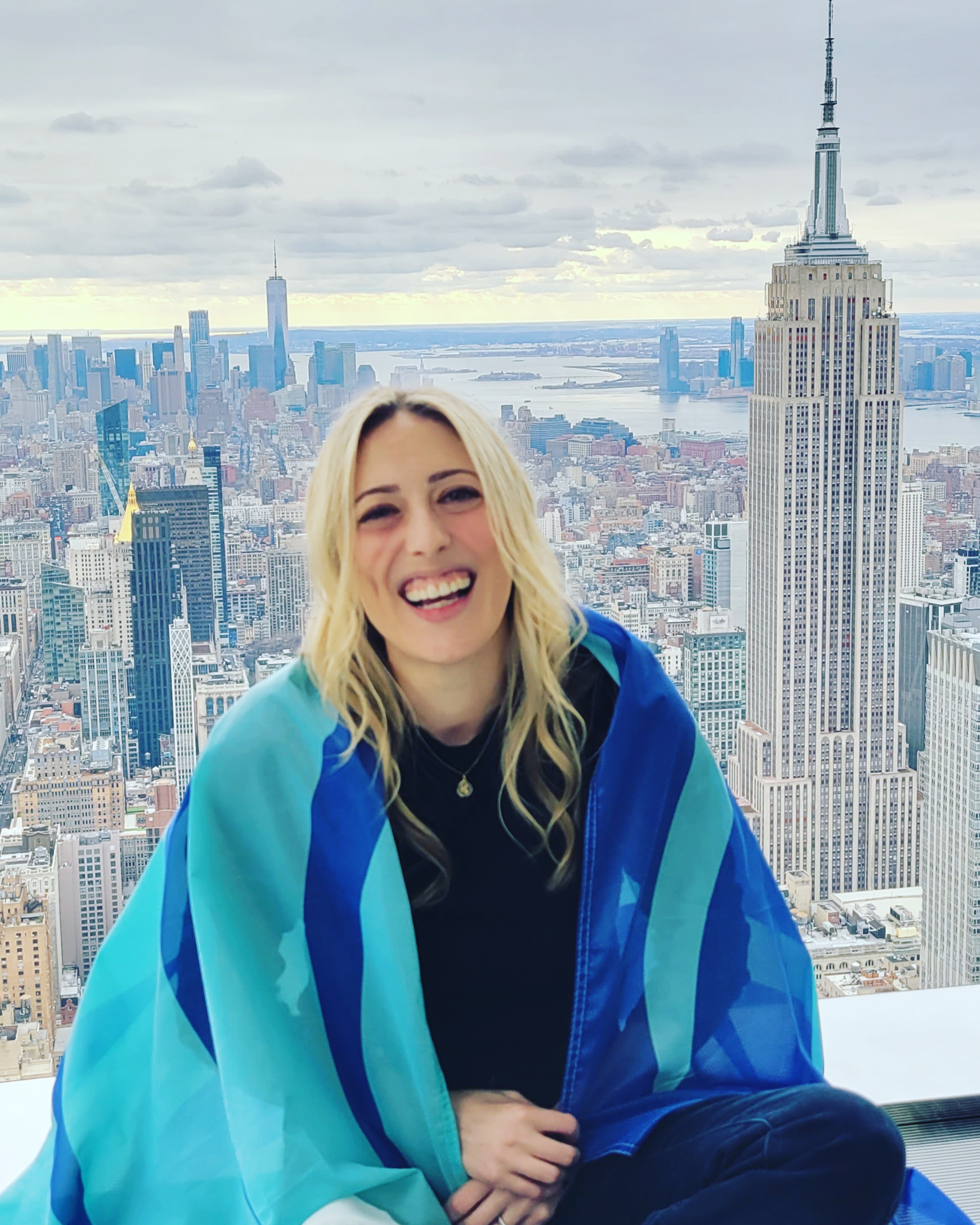 “I wanted to share something special with the AIS community! I was invited to help create a stuttering pride flag. As someone who was very ashamed to stutter growing up, who eventually learned to take pride in her stuttering through helpful speech therapy and connecting with the stuttering community, I am delighted to have been a part of creating this stuttering pride flag! As an AIS speech therapist, I hope that the flag and what it symbolizes helps AIS clients on their own personal stuttering journeys.”

The following information is from www.stutteringprideflag.org where you can learn more about the flag:

Who is making this flag?

What is stuttering pride?

The team believes that stuttering pride is a belief that stuttering voices are valid and important. It is a hope for a future in which people who stutter are respected and included. It is a movement to create this change and celebrate stuttering culture.

Why make a flag?

Flags have been crucial tools in political rights movements throughout history. A flag can be a powerful, galvanizing symbol for a group, but also something with inherent meaning that is unique to each individual. We came together as a group to make a flag that visually embodies the values, ideals and hopes of stuttering pride. We understand stuttering itself as a political act. With this flag, we take pride in our stuttering.

We hope people who stutter and their allies will be brought the same joy, inspiration and sense of solidarity as the flag has brought us: that the flag can bring us together as a community, as well as encourage each person on their own stuttering and life journeys too.

Water has long been associated with stuttering and speech. The Egyptian hieroglyph for stuttering features a wave-like motif. The iceberg analogy has been useful to people who stutter to understand their experience of stuttering and has recently been powerfully reframed by Nina G using the lens of stuttering pride.

As a group, we discussed Jordan Scott’s book I Talk Like a River that showed us how water can be used to illustrate the nuances in the stuttering experience. So too, JJJJJerome Ellis’ The Clearing that poetically relates stuttering to water and nature. We were eager to build upon this work by the stuttering community in a meaningful way, emphasizing that stuttering is as natural as whirling waves and calm creeks.

Conor Foran designed the flag following a collaborative process and conversation with the team supported by allies. You can view some parts of our conversation in the following video:

Here are the values that our flag symbolizes:

Symbolizing the existing community that has used this color for stuttering awareness since 2009.

Symbolizing the progress and passion of the stuttering pride movement.

Find out more and learn about how to get your own flag at: Stuttering Pride Flag Campaign

The American Institute for Stuttering is a leading non-profit organization whose primary mission is to provide universally affordable, state-of-the-art speech therapy to people of all ages who stutter, guidance to their families, and much-needed clinical training to speech professionals wishing to gain expertise in stuttering. Offices are located in New York, NY, Atlanta, GA, and Los Angeles, CA, and services are also available online. Our mission extends to advancing public and scholarly understanding of this often misunderstood disorder.

Kristel Kubart, M.A., CCC-SLP
Speech-Language Pathologist
The most recent addition to AIS’ prestigious team, Kristel is also a person who stutters. Her lifelong journey to become a better communicator and more accepting of herself ignited a passion in her to help others do the same.
View Profile ->