Yes, Joe Biden is a Person Who Stutters 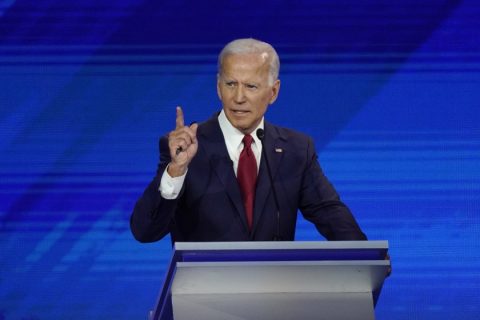 A recent Los Angeles Times story was published discussing how Vice President Joe Biden overcame and was impacted by stuttering. While interviewing AIS director Dr. Heather Grossman for the piece, writer Janet Hook was interested to learn that in addition to some of the word usage and naming errors Biden has publicly made, some of the sound repetitions and hesitations one can hear in his speech are most likely remnants of his stuttering.Unfortunately, the media has tended to negatively portray Biden’s overall oratory skills, clearly failing to differentiate that episodes of stuttering do not in any way reflect lack of intelligence or communication skills. Comedian Trevor Noah mockingly commented on his show that Biden was "a little out of practice when it came to saying words.”

So what is going on with Joe Biden's speech?

Clearly, we have seen some examples of him misnaming or using an incorrect word. At other times, he mispronounces and/or appears to “trip over” words. What is impossible to tell however is how many of these latter errors may in fact be related to his stuttering. Given the overall high-level skill evidenced by Biden as a presenter, perhaps we should give him the benefit of the doubt that he is in fact showing some evidence of stuttering, which does not reflect lack of confidence, intelligence, or capability.

What does Biden say about his stuttering?

Biden is an active supporter of AIS; he was an honoree at our 2008 gala and has returned to speak twice since then. He has shared openly how difficult it was for him as a child, and also the valuable life lessons stuttering has taught him. In fact, as the article indicates, Biden’s experience dealing with mocking and bullying has given him the backbone to take on opponents in this campaign. He has repeatedly expressed to the AIS audience, “Stuttering does not define you.”Read the full Los Angeles Times article

The American Institute for Stuttering is a leading non-profit organization whose primary mission is to provide universally affordable, state-of-the-art stuttering therapy services to people of all ages who stutter, guidance to their families, and much-needed clinical training to speech professionals wishing to gain expertise in stuttering. Offices are located in New York, NY and Atlanta, GA, and services are also available Online. Our mission extends to advancing public and scholarly understanding of this often misunderstood disorder.