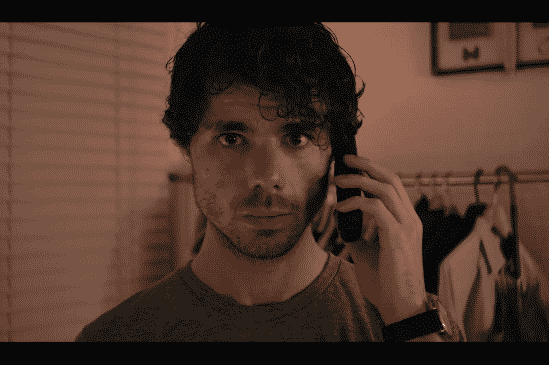 Oscar-winning short film, "Stutterer" is now available to watch through The New Yorker. The short film follows Greenwood, a man who stutters, navigate his day-to-day life and, specifically, his pursuit of love.The film excels in its convincing depiction of the physical, emotional, and cognitive struggles of stuttering. Viewers are given the privilege of hearing Greenwood’s thoughts as he navigates phone calls, interactions with strangers, conversations with his father, and eventually meeting his love interest. His “snap judgments” of others and ultimately himself are insightful windows into the world from his eyes. We witness his struggle and his unique ways of coping; he rehearses words in his mind, in an attempt to speak without blocks, while learning sign language to avoid speaking altogether.There have been mixed reactions among AIS clients and the stuttering community regarding this film. Some feel it perpetuates negative stereotypes of people who stutter through its storytelling. Others feel that the lead-actor who plays a person who stutters does a spot-on job depicting the physical exhaustion, covert consequences, and mental narrative that a person who stutters can experience--many of which society tends to not be privy to. Further, those in support feel that Greenwood’s story is by no means a dishonest portrayal of how stuttering can impact certain people. Due to the limited inclusion of characters who stutter in the mainstream media, the result is often stereotyping. At the same time, Greenwood represents a nuanced character experiencing shame and yet ultimately seeking connection with another person – a character all people (both those who stutter and those who do not) can relate to. The controversial ending of the film feels to many like a cop-out, a neglect of character growth on the part of the writer, but is also a story of unpredictable love that can come in many forms.Similar to The King's Speech, many feel that positive consequences could come from the mere fact that stuttering is on more people's minds, and getting it out there for the public to see and discuss (maybe even debate too!) could lead to a greater degree of societal awareness, empathy, and acceptance.

Here are some thoughts from AIS Clients…

"To be perfectly honest, I really disliked this short film. It perpetuated a negative view on stuttering with the cutesy twist ending, which by the way, I saw coming a mile away. It basically portrays the person who stutters as someone still unable to overcome his stutter, nervous to meet new people and talk to strangers, which would be fine if it had a different outcome, but when he finally decides to go for it, it is seen as a relief that the person he meets (spoiler alert) is deaf. So instead of overcoming his anxiety and facing his stutter, living with it, he can now comfortably go back to not talking to people, because now he has someone to relate to who can't even hear him. All is well right? Happy ending? Not really. The message it's really sending is basically, ‘If you stutter, try to relate only to people who don't notice your stutter. The rest of the world doesn't matter, just stay in your stutter bubble.’ To me, that's a terrible message. I don't think the short film is malicious at all, it's quite naive actually, but regardless, it sets back the public perception of people who stutter to ‘people who cannot relate to other people’."

"I loved this film, I watched it over and over when it came out. I liked that it showed there are all kinds of people and being just how you are is fine."

“I'm glad it works for some people. But I'd strongly suggest not showing it to anyone who doesn't stutter, because all it does is perpetuate a stereotype that makes people look down on people who stutter, kind of like pity cases, rather than as equals."

"I did not find that pity entered into the film. The "Stutter was portrayed as very intelligent with an interesting job. And the woman he was meeting was very articulate as well. Both were very attractive people beyond their good looks."

What are your thoughts about “Stutterer"?

Guest Contributor
This post was written by an American Stuttering Institute guest author. Our guest authors include past and current clients, speech therapy educators, and industry experts.
View Profile ->