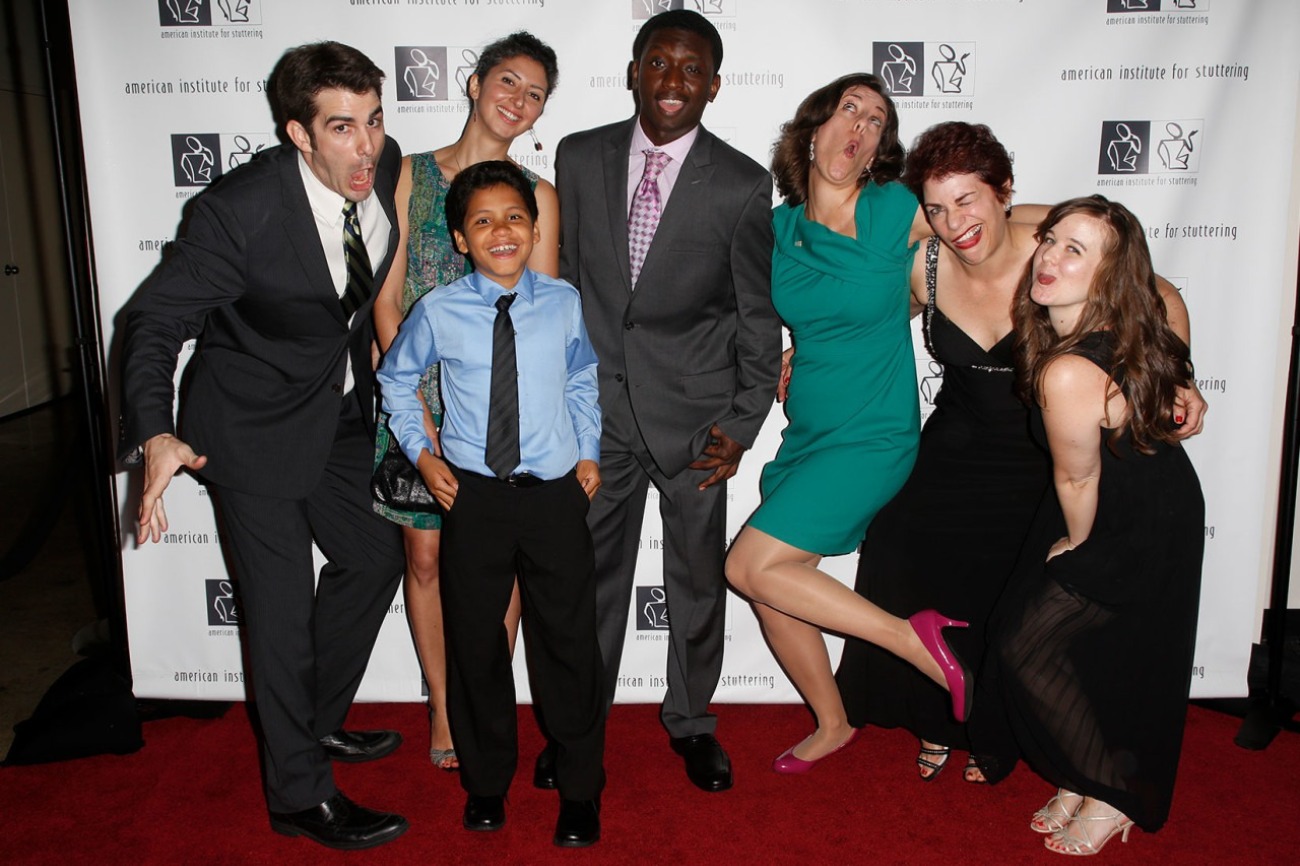 Our 2013 gala was an unprecedented success!

It was our seventh annual Freeing Voices, Changing Lives Benefit Gala. Emily Blunt returned as Mistress of Ceremonies. She led the evening with humor and grace and spoke of her own challenges with stuttering as a child.

Gala Co-Chair and 2011 Honoree Arthur Blank gave the welcome message and talked about his previous association with Samuel L. Jackson. In 2010, Blank, owner and chairman of the Atlanta Falcons, and Jackson, lifelong fan of the Falcons, collaborated on a campaign for the National Football League organization. Arthur took a moment to play the Atlanta Falcons commercial entitled “Rise Up” featuring Samuel L. Jackson, and then encouraged those in attendance to “rise up” for people who stutter.

The first Feeing Voices, Changing Lives Award of the evening was given to Sander Flaum. Before presenting the award to Mr. Flaum, Gala Co-Chair and 2008 Honoree Tony Hooper spoke of his friendship with Sander that dates back several decades. Tony added that it was Sander who first convinced him to support the American Institute for Stuttering in 2008.

In his acceptance speech, Sander Flaum spoke of the values his mother instilled in him as a child. Because he was a stutterer, Rose Flaum always reinforced his need to work a little harder and be a little smarter in order to succeed.

Bruce Willis, who made a surprise appearance, acknowledged his own difficulty with stuttering. He noted, “I do stutter. I’ve stuttered today, I stuttered yesterday, and I’ll probably stutter tomorrow.”

Willis presented the second of the evening’s Freeing Voices Changing Lives Award to his friend and colleague Samuel L. Jackson. In his acceptance speech, Jackson shared some of the challenges with his own stuttering, including how different sounds are difficult on different days.

AIS Clinic Director Dr. Heather Grossman highlighted the courage that people who stutter must summon everyday as they face the fear that frequently accompanies everyday speaking challenges. She then introduced three clients of the Institute.

The first, Dr. Rudy Benhia shared about choosing to become a scientist in order to stay out of the spotlight, and later realizing that she had to overcome her fear of stuttering in order to collaborate with other professionals and present her research. Next, 17 year old Serigne emphasized the need for pushing one’s comfort zone, practicing consistently, and working to overcome speaking fears.Juan, age 11, shared that when he first came to AIS, it was the first time he met someone who really understood what stuttering was like. He also mentioned the everyday challenge of remembering to use his speech skills, and the benefit of attending a weekly kids therapy group.

Board member Barry Blaustein and comedian JD Lawrence led this year’s scholarship auction. Together they rallied the crowd to contribute funds that are used in their entirety to provide direct treatment to children and adults who stutter.

Spreading the word about the wonderful work we do, AIS held a successful cocktail party for board members and friends.

ALL the monies raised from advertisements go directly to implement AIS services as an “angel” donor underwrites all the printing.
Order an AdDownload Sample Ads
Press Mentions
Check our Press Coverage page.
Speak freely. Live fearlessly.
Get Started Today
Interested in learning more about AIS and our services? We would love to hear from you.
Get Started