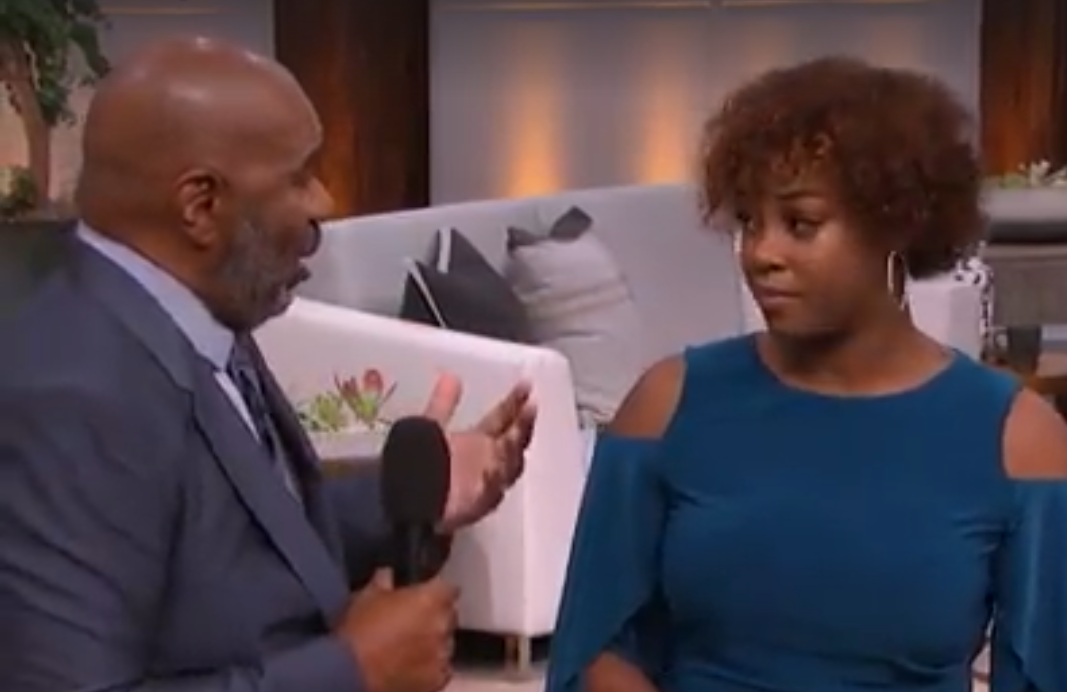 Steve Harvey’s show recently featured a young woman who stutters asking for advice. As therapists who specialize in the therapeutic treatment of stuttering, we at the American Institute for Stuttering feel it is important to clarify some of the points that were made in the segment. While Mr. Harvey’s intentions were clearly to be of help to the young woman on the segment, several of his comments are cause for serious concern.

Mr. Harvey claims that stuttering is “curable” and that there is nothing “physically” wrong.

We definitely agree with the over-riding sentiment that “there is nothing wrong” with people who stutter, but, we challenge the dismissive notion that stuttering is purely psychological. While an individual’s feelings, attitudes and experiences most definitely contribute to the multifactorial condition that is stuttering, research confirms that there is a definite neurological, genetic link. Not all individuals are able, as Mr. Harvey suggests, to be “cured."

He claims that therapy for stuttering is largely unhelpful, and speech-language pathologists do not truly understand stuttering since they do not stutter themselves.

He instructs the young woman on his show to silently and slowly rehearse answers to questions three times before verbalizing her answers as a way to not stutter.

A strategy such as this could actually backfire for many people, actually diminishing the spontaneity of their communication and inadvertently increasing struggle and tension. Mr. Harvey further instructs the young woman to avoid eye contact while speaking, erroneously claiming that eye contact triggers stuttering.

Mr. Harvey speaks at length about the role that negative anticipation plays in stuttering, explaining that stuttering is caused purely by the very anticipation of a stuttered word.

We know as therapists that anticipation of stuttering contributes greatly to its occurrence and persistence, but the full clinical picture of what causes and triggers stuttering in an individual is much more complex. While targeting anticipation of the stuttering moment may be beneficial for some people who stutter, it cannot be treated as a “cure-all” for stuttering as a whole.It is vital that we as therapists continue to dispel myths about stuttering and provide accurate, current information, recognizing that all individuals who stutter are unique and that there is still a great deal we do not know.--The American Institute for Stuttering is a leading non-profit organization whose primary mission is to provide universally affordable, state-of-the-art speech therapy to people of all ages who stutter, guidance to their families, and much-needed clinical training to speech professionals wishing to gain expertise in stuttering. Offices are located in New York, NY and Atlanta, GA, and services are also available Online. Our mission extends to advancing public and scholarly understanding of this often misunderstood disorder.

Mark O’Malia, M.S., CCC-SLP
Senior Speech-Language Pathologist
As a person who stutters, Mark has an in-depth understanding of the unique challenges that stuttering can create in an individual’s life.
View Profile ->